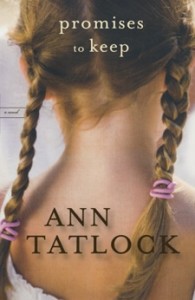 1. An age-old saying declares, “You can never go back home again.” The meaning is clear: times have changed; people have changed; places have changed. Tillie returns to the house she and Ross built with their own hands. She considers the house hers, no matter if the title has changed to someone else. Have you ever attempted to return to a place you once considered yours (i.e. your childhood home, the city where you attended college, etc.)? If so, what sensations and emotions occurred? Was the attempt successful? Why or why not? Do you think the place had changed or you had changed? Or both?

2.  Winston Newberry considered himself wronged by Tillie, who showed off his Eiffel Tower-shaped birthmark. Winston waited countless years to enact his revenge. Have you ever believed someone caused you harm, whether intentional or not? Did you hold anger in your heart, waiting for the opportunity to pay the person back for what had occurred? Did you attempt to exact revenge? Did the attempt give you the satisfaction you anticipated? Who do you think suffered more: the alleged perpetrator or you? Would you change how you responded to the act if it were possible? Would your life be different if you had?

3. Wally adjusts poorly to Tillie’s arrival. All he wants is for her to leave. “…if she came here to die, why doesn’t she just go ahead and do it?” Have you ever felt as if someone or something invaded your life and you lost some—or all—control? Did you want the circumstance to resolve so you could regain control over your life? When you examine your life now, how do you think you would be different had the experience not occurred? Do you think your life would be better? Worse? The same?

4.  Roz knows Mara lied about her father—while conveniently forgetting she had lied as well. Both girls are afraid if the truth is known they might not be accepted. Fear of rejection is a powerful motivator to conceal aspects of your life you believe will cause others to either reject you or to end your friendship. Have you ever felt unable to be honest about yourself because you believed others wouldn’t accept you? Did you share your secrets or keep them hidden? Do you think your relationships would have been impacted if you had told? Are your current relationships based on honesty?

5.  Tillie tells Roz she is too young to understand that every moment can be an extraordinary moment. We tend to overlook the ordinary, not comprehending until time has passed just how life-changing everyday occurrences can be. Do you toss aside simple pleasures in anticipation of grandiose adventures? Do you ignore the blessings of where you are to seek imagined treasures elsewhere? Can you remember a time you considered an event inconsequential only to discover later it was a pivotal occurrence? Do you rush through today to reach tomorrow, or do you linger in order to cherish what God has for you along the way?

6.  When her father isn’t in the diner, Roz runs away. She tells herself there is a safe place ahead somewhere, if only she can run far enough to find it. Have you ever been so burdened by trials and tribulations you wanted to escape? Did you believe if you ran fast enough, far enough away those troubles would never find you? Have you come to realize the majority of difficulties we experience reside within ourselves? Have you been able to resolve painful issues? Did you trust God to help you, or did you attempt resolution on your own? Which method works better? Why?

7.  Janis expresses doubts that God is there. She doesn’t believe He has any interest or control over what happens to people. She tells Tillie that God is very cruel. Tillie assures Janis that God has everything to do with what happens in people’s lives. Without God, no one would have any hope at all. Have unexplainable circumstances caused you to question God’s existence? Have you wondered if He cared about what was happening in your life? Have you thought Him cruel for allowing painful occurrences to harm you? Have you changed your opinion? Do you realize God does love you and hurts when you suffer?

8.  Roz confronts her unconscious father regarding the lies he told her. She’d been warned by many but chose to believe him. Have you ever trusted someone despite others warning you the person was deceitful? Did that person’s subsequent revelation surprise you? Were you able to admit your mistake, able to apologize to those concerned for your wellbeing? How long has it taken the guilt and heartbreak to ease? Do you feel able to recognize those intent on deceiving you? How will you handle the situation if it arises again?

9.  Roz understands it was the desire for her dream to become reality that caused her to ignore reason and wisdom and allowed her father to manipulate her. Unimaginable tragedy could have occurred due to her choices. In returning the Sugar Daddy wrappers, Roz releases the dream she’d held so tightly. Have you treasured a particular desire despite family and friends advising you otherwise? Did you ignore your own common sense? Did the dream you harbored come to fruition, or did reality force you to accept that what you wanted was unattainable? How difficult was it to release the dream?

10.  Roz keeps the necklace her father gave her as a reminder “that not everything I want to be true is true, and not everything that looks good is good.” She eventually came to understand heaven is indeed merciful and that all the hours, days, dreams deemed as lost are waiting in a place believers will recognize as home. Jeremiah 29:11 reads, For I know the thoughts and plans that I have for you, says the Lord, thoughts and plans for welfare and peace and not for evil, to give you hope in your final outcome. God has plans for our lives. However, we want what we want. Do you stray from the path He has designated for you to a path of your own making? Do you look at others and wonder if they also reject God’s goals and lean to their own understanding? How difficult is it to relinquish your will for His?