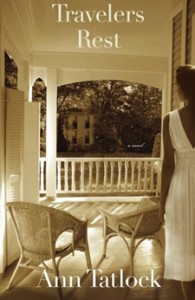 1. Seth Ballantine is wounded in Iraq and left paralyzed. In Chapter 8 of the story, Jane says to Seth, “What about your loving God now, Seth? Has he stopped being loving because you were wounded? Or have you decided he was never really there after all?” Seth responded by telling Jane of the priest who made the sign of the cross over him and of how he thought, “Maybe it’s all a lie. Maybe everything I ever believed is a lie.” Doubting God in times of crisis is normal. Has something ever happened in your life that caused you to question your faith in God? How did you resolve those doubts?

2. A recurrent theme in the story is summed up in the saying: “Life’s gearshift’s got no reverse, so you have to just keep moving forward.” Several characters in the story have had to choose to move forward, including Jon-Paul Pearcy. He says of his blindness that he hasn’t come to accept it, but rather he copes with it. Has a life-changing event (personal illness, loss of a loved one, loss of a career, etc.) happened to you? Have you learned to cope with the different life you have as opposed to the life you expected? What, if anything, helped you adapt to the life you have today?

3. Truman Rockaway’s life took an irrevocable turn when he refused to help Tommy Lee Coleman. His refusal stemmed from his anger at Tommy Lee’s father, Dr. Coleman,  whose own refusal to help resulted in the death of Truman’s young brother Daniel. Later Truman says, “Two wrongs don’t make a right.” Truman’s act of revenge cost him Maggie, the life they would have shared, plus years of running out of fear of reprisals. Have you exacted revenge for an act you believe was done to you or a loved one? Did revenge correct the wrong? What does the Bible say about revenge?  Consider Romans 12:19:  “Do not take revenge, my friends, but leave room for God’s wrath, for it is written, ‘It is mine to avenge; I will repay,’ says the Lord.”

4. In Chapter 12, Jane and Truman discuss mercy. Jane says people always talk about God being merciful, but, “it seems no matter what you ask for, he always lets the hardest things happen.” Truman says, “He is merciful, Jane, and he lets the hardest things happen, which in itself might be a mercy. Who are we to say?” What do you think Truman means by that statement? Have you ever gone through a trial that later showed itself to be a mercy?

5. Jane wants to know why she should forgive her mother for committing suicide and for never saying, “I love you, Janie.” In Chapter 21, Laney tells Jane she should forgive because Jesus forgave those who crucified Him. Jesus sacrificed Himself in order to forgive us our sins. Have you found it difficult to forgive someone you believe harmed you? Have you found it difficult to forgive yourself for something you did or didn’t do? Have you been able to forgive? Why? Why not?

6. In an e-mail to Diana in Chapter 23, Jane says, “I look at the night sky and wonder if our future is written in the stars. Tea leaves, Tarot cards, palm readers…is there someone who can see my future and tell me what to do?” Diana responds in her e-mail, “It isn’t up to anyone, I suppose. Fate has the upper hand, and as far as we mortals go, I’m not sure we have a hand at all.” Do you believe as Diana does that there is no God, or if God does exist, He created mortals then stepped away, maintaining no contact with His creation? Or do you believe God continues a personal relationship with those He created in His Own image? What difference does your belief make in your life?

7. In Chapter 24, Jon-Paul introduces Jane more fully to what life is like for those who are blind.  Jane realizes she has much to learn and many assumptions to lose concerning the disabled. Have assumptions been made about you because of your appearance, eyesight/hearing capabilities, your religious denomination, your career, or even your clothing? How have those misconceptions affected you? How do you respond to those who treat you differently due to their pre-conceived notions/perceptions?

8. In Chapter 40, Jane wonders how to pray. “Was it enough to simply ask? Dear God, please make Seth whole. Those were the only words she could think to say. But did they mean anything? And would God hear and respond?” Do you think God responds to such simple, heart-felt prayers? Has he ever responded to such a prayer in your life?

9. Jane and Truman visit the place by the Saluda River where his life was forever changed. Jane thinks, “If only.” Do you think back to a particular event and wonder if you had made a different decision what your life would be like now? Are you content with the path your life has taken since that time? Who do you think has been/is in ultimate control of your past, your present, your future?

10. In Chapter 43, Jane has a dream in which Seth presents her with the wine and the bread of communion. When Jane balks at the wine, Seth says it isn’t really wine; it’s what she’s been looking for. “It’s love,” he says. Weeks later, in considering the sacrifice of Christ on the cross, Jane comes to realize that “there was only one place to lay a heart where it could rest securely and never be broken.” What do you think she means by that? Do you think Jane finally accepted the love Seth was telling her about? Have you?